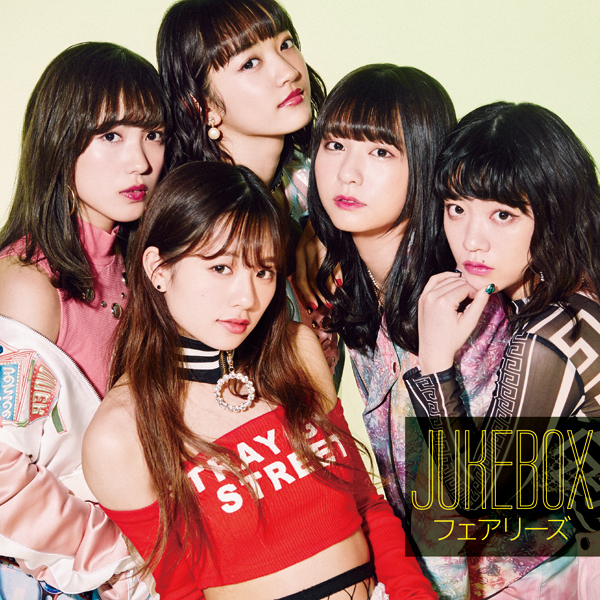 Instead of reviewing individual singles, I thought it would be faster to review the whole album as it contains all of their most recent singles.

Bangin 4/5: The group’s second album starts out really strong! Banging is super upbeat and keeps on trend with their dance-pop sound. There is a lot of harmonization in this song, and the girls did a great job with the lower tones. The rap in this is extremely cringy, but luckily it isn’t that long.

BLING BLING MY LOVE 4.5/5: Even years after the release, this song still remains high on my list of favorite Fairies songs. The chorus is beyond catchy, and the high amount of English words really works well since the group described this song as “American Influenced.”

Fashionable 5/5: This is one of the new songs on the album and it’s a great addition!  This song overall has a more calm and sleek feeling than what the group normally releases. The verses include a lot of good rapping. I love how they changed up the second verse. The verses also do a great job of building up to the chorus, which is also super addictive.

Super Hero 4/5: This song is still one of the coolest songs the group has ever released. They sound very mature and fierce. Sora’s did a fantastic job rapping in this. I think that If it wasn’t in here, the song would be a bit bland. I love the chorus, but the versus with just Momoka mostly singing are a bit boring.

Soushisousai☆Destination 3.5/5: This is a very powerful song that kind of sounds like a classic anime opening. Along with the powerful sound comes some powerful vocals! I’m impressed at how more fair the line distribution is. Whoever sings those high notes at the end of the chorus… (Miki?) They aren’t bad but they do sound a little strained. Overall, this is a sold single showing Fairies more powerful side but don’t think I would rank this in my top 10.

Mr. Platonic 3/5: This song sounds very fashionable and chic. It’s a kind of style that I don’t I’ve heard from the group while still keeping their sound. This song is just “OK” for me. It’s nice to listen to, especially the chorus, but it doesn’t really stand out to me.

Kiss Me Babe 5/5: This song is so different than the group has done in the past. The instrumental has character, and I absolutely love Sora’s rap! It flows very nicely with the song. Even Miki get’s a line right before the chorus.The chorus is catchy and easy to sing. Near the end though, it kind of sounds a little messy, but other than that, this song just adds another awesome song to Fairies impressive discography. Definitely in my top 5 favorite Fairies songs.

Mr. Blue Sky 4.5/5: This song is more light sounding than what the group usually releases. For some reason, the structure of the versus reminds me of some of Twice’s b-sides, especially the mini raps right before the chorus. Overall, this is a really fun b-side.

Crossroad 3.5/5: When I first heard this song, I was a bit disappointed and didn’t think it was strong enough to be a single, but as I listened to it more, my opinion changed. This anime sounding song is on the more mature side and a lot calmer than what the group releases. There’s some strong harmonization in this song that really adds some dimension to the song. This song isn’t my favorite from the group, but see I still kind of appreciate it.

Koi no Roadshow 5/5: It’s been a while since the group released such an upbeat song! Everything about this song just flows together perfectly. I love the funky instrumental in the versus, while the chorus is more dance and synth based. Some parts of this remind me a lot of Idoling’s music. The line distribution is very good as well. This song is definitely in my top 5 favorite list.

Synchronized 3/5: This song is another anime sounding song. It reminds me a lot of Crossroad, except Crossroad is more upbeat. The group uses a higher tone to sing the chorus, which I feel really gives the song character. The breakdown after the second chorus is one of my favorite parts of the song because they use that higher tone throughout. This isn’t the worse song the group has released, but I feel like it should have just been released with Crossroad as a double single or even a b-side.

Let it Go 5/5: Let me tell you, Fairies did not play with the album b-sides. Let it Go is another b-side that knocks it out the park. I love the little touches to the song: the crowd effect at the beginning of the song, the mini raps, the repetition of words. The rap by Sora just before the second chorus is genius and I love the lower tones in the song. Honestly, this song could have been released as a single and I would have been a happy camper.

HEY HEY ~Light Me Up~ 4/5: This song is a cover of another. At first, I didn’t like this song, but I think repetition is the success for this song. The song is overall kind of flat sounding, but the repetitions of the chorus make it so that your singing along by the 4th listen. I love the Eurobeat, and it actually doesn’t sound too out of place in Fairies discography. I’m glad to see the group experimenting with new genres.

ALIVE 3/5: Usually the album would close with a ballad, this song is as close to a ballad as we’re getting. The versus are slower and more calm, then the chorus bursts into a more upbeat style. There’s some amazing harmonization in this song, and the girls’ vocals sound great! I was impressed when I heard some of the high notes. I think if there were less instrumental to let the member’s shine even more, it would improve the song.

It’s been 4 years since the group released an album. Their first album contained no original songs, so it’s not much of a comparison. In my opinion, the group really did a fantastic job with this album! The new singles ranged from average to amazing, so not bad on that part. I loved nearly all of the album songs. I feel like they were a huge improvement over their singles, not only music wise, but also with vocals. The group’s vocals have improved so much! I feel like the new songs on the album are a start of a new era for Fairies.